Bulletin
You are here: Home1 / Bulletin2 / Bulletin3 / Articles of Interest4 / Tik Tok: Should I Be Worried? 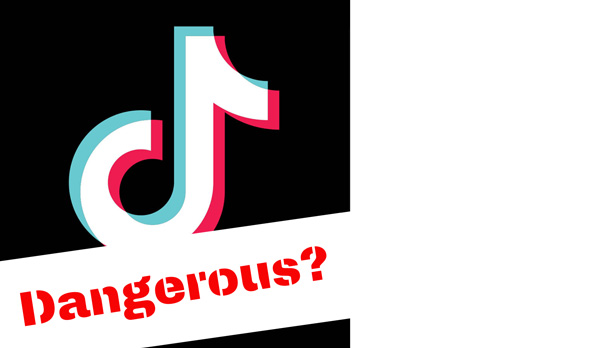 Facebook, Twitter, Instagram, Reddit, Tumblr, Kik, Snapchat, WeChat, the list goes on. Just when you thought there couldn’t be any more social media apps for your child to use… enter Tik Tok. With its recent merge with Musical.ly, Tik Tok is ready for its breakthrough into Western markets from China. In the UK, Musical.ly is no stranger to controversy, with reports of children being groomed by pedophiles and explicit or disturbing content being prevalent on the app.

With this in mind, is Tik Tok any cause for concern?

As much as we try to wrangle our kids away from their phone, it’s nearly impossible. It’s an all-too-familiar scene: whether it’s in the car on the way to school, in between bites at the dinner table, or sneaking in a last-minute snap right before bedtime, social media is now so entrenched in the lives of our kids that it is impossible to ignore. Every new social media app comes with its own unique set of opportunities for communication and self-expression, but also new obstacles.

Videos of kids lip-syncing to songs? Sounds innocent enough. But, in an app where over 13 million videos are uploaded a day, it’s impossible for parents to filter out all the inappropriate or dangerous content, without being accused of being a “helicopter parent”. We know parenting is hard as it is. You don’t need, or want, the extra worry about what content your child has access to on a day-to-day basis. To simplify your job, we share three main areas you should pay special attention to when exploring Tik Tok in light of this new merger.

A 2017 study by the Royal Society for Public Health and (RSPH) and the Young Health Movement (YHM) found Instagram and Snapchat to be the most detrimental apps to mental health. It’s not hard to see why – since both platforms are image-focused, they are more likely to stir up feelings of inadequacy and anxiety in teens. Although neither Musical.ly nor Tik Tok were named in the study, Tik Tok is also an image-focused app, with the core feature of the app being the viewing and uploading of young users lip-syncing to popular songs or quotes from movies or TV shows. It’s hard to believe Tik Tok won’t share the same destiny as its face-loving competitors.

A quick scroll through Tik Tok reveals a mixed bag of content, ranging from the more innocent content of kids (still dressed in school uniform) choreographing dance routines in their living rooms to slim, young, scantily-clad children showing off their hourglass figures and thigh gaps dancing provocatively. Not really the sort of content we’d want our impressionable youngsters to be bombarded with every day, is it?

The Ugly Side of Social Media

Jokes aside, the statistics are shocking. Studies demonstrate that more frequent social network use is related to increased body dissatisfaction over time in children. A 2014 study by the University of Florida found a correlation between social media use and eating disorders. A recent “makeup removal challenge” went viral on Tik Tok earlier this year, where young girls posted videos showing their beauty transformations. These often involved false eyelashes, colourful contact lenses, wigs and even chin and nose prosthetics. While there is nothing intrinsically wrong with using makeup, these videos could be potentially detrimental for young girls who already suffer from body-image issues. Put yourself in the shoes of a 13-year-old girl, just starting puberty, scrolling through video after video of perfect, plump pouts and impossibly thick, long lashes. Definitely a space where negative thoughts could be reinforced.

The South China Morning Post (SCMP) recently carried out an investigation on the content available on Tik Tok. Essentially, the Post found that there were at least 100 active users of primary-school going age on the app. This, despite that fact that users must be 12 and above. They were identified through their school uniform, real names or phone numbers. Shockingly, videos featuring simulations of sexual acts, self-harm and even a dead body were found on the app. The investigation uncovered several suspicious adult users using the platform to stalk and groom young girls, often through “likes” and “comments” praising their videos. Growing up, I recall my parents constantly warning me against talking to strangers whenever we were out. With apps like Tik Tok, strangers have 24/7 access to our kids. How can we support our children to build resilience and healthy digital relationships?

It doesn’t stop there with the controversy. Recently, the Indonesian authorities banned Tik Tok due to the presence of “pornographic, inappropriate and blasphemous content”. The ban lasted a week. After this, ByteDance, the Beijing-based technology giant that owns Tik Tok, agreed to clear all indecent content and enhance security functions of the app. This included setting additional restrictions on all users under 18, and raising the minimum age requirement from 12 to 13. This still doesn’t sound like the kind of platform I am comfortable with my kids using without my support.

Read the full article at kindaba.com