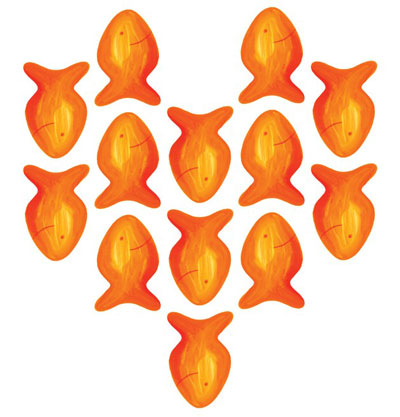 As anyone who has been called out for hypocrisy by a small child knows, kids are exquisitely attuned to gaps between what grown-ups say and what grown-ups do. If you survey American parents about what they want for their kids, more than 90 percent say one of their top priorities is that their children be caring. This makes sense: Kindness and concern for others are held as moral virtues in nearly every society and every major religion. But when you ask children what their parents want for them, 81 percent say their parents value achievement and happiness over caring.

Kids learn what’s important to adults not by listening to what we say, but by noticing what gets our attention. And in many developed societies, parents now pay more attention to individual achievement and happiness than anything else. However much we praise kindness and caring, we’re not actually showing our kids that we value these traits.

Perhaps we shouldn’t be surprised, then, that kindness appears to be in decline. A rigorous analysis of annual surveys of American college students showed a substantial drop from 1979 to 2009 in empathy and in imagining the perspectives of others. Over this period, students grew less likely to feel concern for people less fortunate than themselves—and less bothered by seeing others treated unfairly.

It’s not just that people care less; they seem to be helping less, too. In one experiment, a sociologist scattered thousands of what appeared to be lost letters in dozens of American cities in 2001, and again in 2011. From the first round to the second one, the proportion of letters that was picked up by helpful passersby and put in a mailbox declined by 10 percent. (When the same experiment was conducted in Canada, helpfulness didn’t diminish.) Psychologists find that kids born after 1995 are just as likely as their predecessors to believe that other people experiencing difficulty should be helped—but they feel less personal responsibility to take action themselves. For example, they are less likely to donate to charity, or even to express an interest in doing so.

If society is fractured today, if we truly care less about one another, some of the blame lies with the values parents have elevated. In our own lives, we’ve observed many fellow parents becoming so focused on achievement that they fail to nurture kindness. They seem to regard their children’s accolades as a personal badge of honor—and their children’s failures as a negative reflection on their own parenting.

Other parents subtly discourage kindness, seeing it as a source of weakness in a fiercely competitive world. In some parenting circles, for example, there’s a movement against intervening when preschoolers are selfish in their play. These parents worry that stepping in might prevent kids from learning to stick up for themselves, and say that they’re less worried about the prospect of raising an adult who doesn’t share than one who struggles to say no. But there’s no reason parents can’t teach their kids to care about others and themselves—to be both generous and self-respecting. If you encourage children to consider the needs and feelings of others, sometimes they will and sometimes they won’t. But they’ll soon learn the norm of reciprocity: If you don’t treat others considerately, they may not be considerate toward you. And those around you will be less likely to be considerate of one another, too.

Parents’ emphasis on toughness is partly an unintended consequence of the admirable desire to treat boys and girls more equally. Historically, families and schools encouraged girls to be kind and caring, and boys to be strong and ambitious. Today, parents and teachers are rightly investing more time and energy in nurturing confidence and leadership in girls. Unfortunately, there isn’t the same momentum around developing generosity and helpfulness in boys. The result is less attention to caring across the board.

Kids, with their sensitive antennae, pick up on all this. They see their peers being celebrated primarily for the grades they get and the goals they score, not for the generosity they show. They see adults marking their achievements without paying as much attention to their character. Parents are supposed to leave a legacy for the next generation, but we are at risk of failing to pass down the key virtue of kindness. How can we do better?

Read the full article from The Atlantic here

Adam Grant is an organizational psychologist at the University of Pennsylvania’s Wharton School of Business. He is the author of Originals and Give and Take; a co-author of The Gift Inside the Box; and the host of TED’s WorkLife podcast.
Twitter
Allison Sweet Grant is a writer and the co-author of The Gift Inside the Box.
https://capebyronsteiner.nsw.edu.au/wp-content/uploads/2015/12/CBRSSwebheaderlogo.png 0 0 Yvette https://capebyronsteiner.nsw.edu.au/wp-content/uploads/2015/12/CBRSSwebheaderlogo.png Yvette2019-11-22 10:00:462019-11-22 15:26:48Stop Trying to Raise Successful Kids and start raising kind ones.