Steiner Education is designed to enhance, enrich and support the developmental phases of childhood. Dr. Steiner referred particularly to three essential phases – each of approximately seven years duration.  In each of these phases, different faculties are coming to birth, different growth forces are operating and the child learns in correspondingly different ways. To provide meaningful support for the child in the journey from infancy to adulthood, curriculum and methodology needs be based on a deep understanding of these phases.  It is of the greatest importance that each stage is experienced fully and not cut short – the aim of our education is to help children develop strengths for a lifetime. Thus, the uniqueness of the Rudolf Steiner system lies not so much in what is taught but in how and when.

We shouldn’t ask “What does a person need to be able to do in order to fit into the existing social order today?” Instead we should ask “What lives in each human being and what can be developed in him or her?

The ages of 0-7 can be called the Physical phase; the time in a child’s life when they are growing strongly into their physical body.  The ages of 7-14 can be seen as the emotional or feeling phase of development, whilst 14-21 can be broadly categorised as conceptual; a time when a person’s rational thinking blossoms. 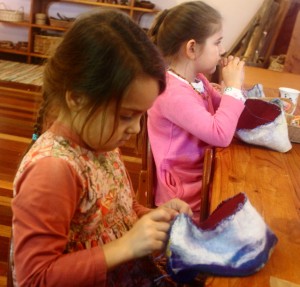 From Birth to age 7

The first six or seven years are of vital importance to a child. Tremendous life forces are evident in this period and the experiences a child has in these years can be said to pre-condition the bodily, mental and moral life in the adult years. In this phase, and at a very rapid pace, children master skills of movement, speech, gesture, verbal and non-verbal communication, uprightness, and many others.  Most of this is learnt through imitation- the young child mimics everything – from physical skills through to attitudes and values.

The child at this age has an intuitive sense for goodness and reverence and the environment surrounding the child needs to honour and reflect this.  There are strong will forces at work in this period and the children learn naturally through “doing“ – it is the life of action and of will that predominates in this stage and, if supported, will lay the basis for a healthy will in adulthood. 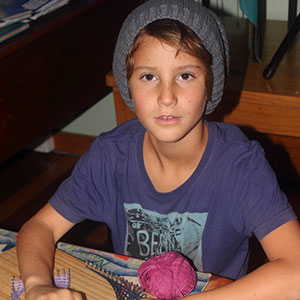 The Heart of Childhood

This phase is the bridge between infancy and adolescence and is characterised by the development within the child of a vivid life of imagination – the beginnings of an ‘inwardising’ of experience which, if fostered, will become the basis for conscious personal experience in adult life.

Children in this period live strongly in a world of pictures – pictures which are presented to them and pictures which they form themselves.  In this phase, if supported to do so, children naturally think poetically, in imagery – their thinking is a “feeling” thinking rather than the later analytical abstract thinking. They are capable of inspired insights. If they are allowed the time and the space to live into the pictures and experiences presented to them, they will carry with them into adult life, vivid and strong powers of imagination.

The life of feeling predominates at this time and a sense for beauty. As the child moves through this phase, the faculty for more conscious and consecutive thought emerges but the pictorial world of the imagination remains the child’s most vital asset. 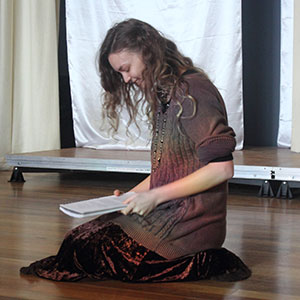 With puberty, children enter into the third phase of childhood.  This phase is characterised by a wish to make one’s life one’s own. The adolescent begins to discover him/herself in the world of ideas.  Ideas are to be enjoyed, explored, and argued.  A personal search for truth emerges as does a new questioning – of themselves, society, parents, teachers, values, meaning of life and others.  This phase can be characterised by a life of thinking­ – crucial for the cultivation of good judgement and clarity of thought.

Associated with this comes a healthy and valuable idealism which, if not nurtured, can quickly descend into cynicism and, combined with the extreme sensitivity of this age-group, can make for great vulnerability.  Young people at this time are looking for role models and need to be surrounded by positive, compassionate adults who hold up a mirror showing all that a human being can become and can achieve.

The above phases reflect the way students, in particular age groups, relate to the world.  This model recognises and respects the cultural nature of the learning style of various ages.  These phases are certainly not static however, though the variety of conceptual impulses informs the work of the teachers when planning their lessons.

Those human beings who have not learnt to work in the ways of beauty and through beauty to capture truth, will never come to the full humanity needed to meet the challenges of life. 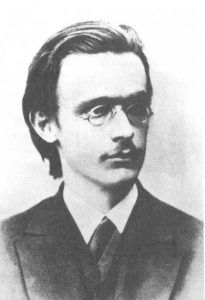 Dr Rudolf  Steiner was a highly respected and well-published scientific, literary and philosophical scholar who was particularly well known for his work on Goethe’s scientific writings.  He later came to incorporate his scientific investigations with his interest in spiritual development. He became a forerunner in the field of spiritual-scientific investigations for the modern 20th century individual.  It is a deeply insightful application of learning based on the study of humanity with developing consciousness of self and the surrounding world.

In 1919, Rudolf Steiner, the Austrian philosopher, scientist and artist, was invited to give a series of lectures to the workers of the Waldorf-Astoria cigarette factory in Stuttgart, Germany.  As a result, the factory’s owner, Emil Molt asked Dr Steiner to establish and lead a school for the children of the factory’s employees.  Steiner agreed to do so on four conditions:  the school should be open to all children; it should be co-educational; it should be a unified twelve year school; and that the teachers, those who would be working directly with the children, should take the leading role in running the school, with a minimum of interference from the government or economic concerns.  Molt agreed to the conditions and, after a training period for the prospective teachers, die Waldorfschule (the Free Waldorf School) was opened on 7 September 1919.

Consistent with his philosophy called Anthroposophy, Steiner designed a curriculum responsive to the developmental phases of childhood and nurturing of the child’s imagination.  He thought that schools should cater to the needs of children rather than the demands of the government or economic forces so he developed schools that encourage creativity and free-thinking.

The term “Anthroposophy” comes from the Greek “anthropos-sophia” or “human wisdom”.  Steiner expanded an exacting scientific method by which one could do research for her/himself into the spiritual worlds.  The investigations, known as Spiritual Science, are an obvious complement to the Natural Sciences we have come to accept.  Through study and practised observations, one awakens to his/her own inner nature and the spiritual realities of outer nature and the cosmos.  The awareness of those relationships brings a greater reverence for all of life.

Steiner and many individuals since, who share his basic views have applied this knowledge in various practical and cultural ways in communities around the world.  Most notably, the schools have made a significant impact on the world.  Curative education for mentally and emotionally handicapped adults and children, has established a deep understanding and work with people who have this difficult destiny.  Biodynamic farming and gardening greatly expand the range of techniques available to organic agriculture. Anthroposophical medicine and pharmacy, although less widely known, are subjects growing in interest.  It should be noted that while Anthroposophy forms the theoretical basis to the teaching methods used in Steiner schools, it is not taught to students.