It was one of 100 films nominated for Australia’s premier international short film festival Flickerfest.

He was selected as one of 24 finalists to have their films judged on the Big Screen in Bondi Sydney in January this year, and his film won FlickerUp Best High School Short film!

His film is now a finalist in the 2022 Bangalow Flickerfest and Byron All Shorts Film Competition showcasing a the best of short films from the Byron Region, Australia and around the World over 3 cinematic-packed days.

Don’t miss this one-off chance to support our student and the regions local stories & see the best of our local filmmakers, alongside the best in the world. 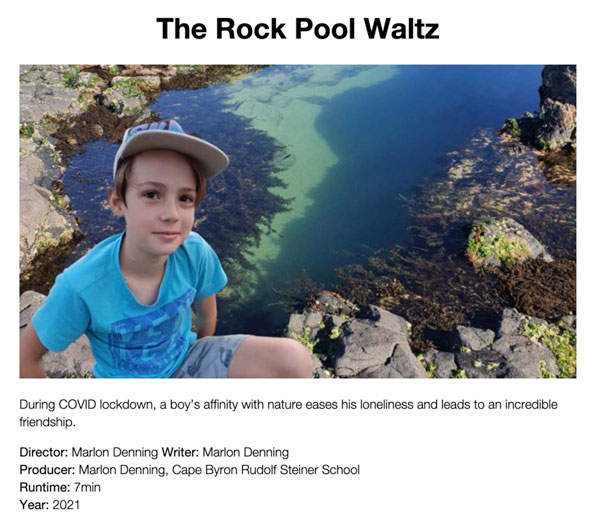 Flood Recovery Fundraiser: Flickerfest Bangalow & Byron All Shorts 2022 is a fund-raiser for local flood recovery for the Koori Mail’s rebuild and recovery of many indigenous families throughout the Bundjalung nation and the Mullumbimby Neighbourhood centres local rebuild and recovery initiatives. 100% of profits from ticket sales across the weekend will be shared between these organisations.