Bulletin
You are here: Home / Bulletin / Bulletin / Articles of Interest / How is ‘Fortnite’ Different to Yoyos and Swap Cards

There has been a lot of talk around about the computer game ‘Fortnite’. I was having a discussion with some parents about this recently and we were talking about how the children who play this game seem to be obsessed by it and talk non-stop about it. One parent commented, “Well I guess it’s just the latest fad, it’s like yoyos and swap cards when we were young. We were obsessed with them, but then the fad passed.”

The more I think about this comment, the more I am convinced that ‘Fortnite’ is NOT just another fad and is NOT like yoyos and swap cards. Here are the reasons why:

– The aim of Fortnite is to kill everyone else and be the ‘last man standing’ – players can work together in teams … but in the end the winner will need to ‘kill off’ their team mates too. This is hardly the moral stand-point we want for our children!
– To kill everyone else in the game, you need to use weapons – there is a lot of research which indicates that repeated computer simulated weapon play desensitises the player (the reason why the US military uses computer games to train it’s soldiers).
– There is an overwhelming body of research which proves that playing games like ‘Fortnite’ is addictive (the dopamine hits the brain gets while playing are seen to be the source of addiction).
– Fortnite players are hidden behind an avatar. As the game includes a facility to chat to each other, it means children could be spending hours communicating with complete strangers who may not be who they claim to be. They often don’t have the tools yet to deal with unsupervised and potentially inappropriate conversations with strangers.

There are so many healthy play and socialisation options for children. As adults, it is our responsibility to know and understand what the latest ‘fad’ is, and to make informed choices to ensure that our children are not being damaged by their play. Computer games are not just another fad (like yoyos and swap cards) – they have the ability to hamper the healthy development of the child and may even cause damage. 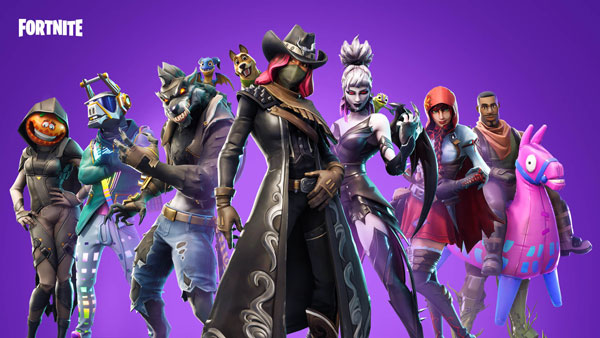 Presentation at CBRSS Important re RCM
Scroll to top