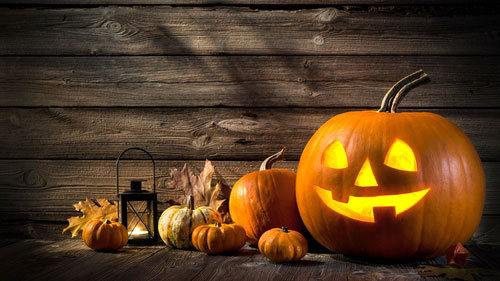 Regardless of whether you celebrate Halloween or not, or the views you may have about it, let us take a journey together to investigate the history of Halloween and some of Rudolf Steiner’s insights that may be of value.

What is Halloween and do we want to celebrate this with our children?

I am often asked my thoughts about celebrating Halloween and have recently been asked again. In discussions with our class teacher I agreed that I would share my thoughts by writing an article. My hope is that it will inspire some deeper reflections, insights and questions to arise, that you can make healthy choices for you and your family regarding this celebration.
I was born in the UK and immigrated to Australia as a young child. In primary school the children whom I went to school with, celebrated Halloween, and it was also my dads birthday, falling on this same date, the 31st of October. In our family this day was already a special occasion, a day of celebration, so for us having a celebration ‘on’ Halloween was part of our family tradition.

When my own children were young, through my Steiner Early Childhood Ed training and the involvement with my ( now adult ) children attending a Rudolf Steiner school, I was faced with finding the deeper meaning in all of our day to day activities, including the celebrating of Halloween. This led me to investigate and consider deeply what is was and why and how I might bring it to my children in a healthy and meaningful way, including the foods offered by this celebration – as buying and eating lollies and sugar was not a part of our life.

Many people celebrate this occasion with little or no understanding of what lies behind it, or what, or even why, they are celebrating. It has become a marketing madness, expensive elaborate costumes, huge sugary purchases, endless stores offering the latest in Halloween decorating trends, specials, deals etc – so much hype.

As parents, carers and educators, it is for us to first look deeply within ourselves to see what is true, what is it that we wish to bring, to honour, to acknowledge, to share, to offer. It is important that we ask our selves questions and be truthful in the answers.

If we don’t eat junk food, food colouring, additives, lollies, sweets or sugar, then why would we promote that our children knock on others doors to get bags or baskets full of sugary sweets?
Are we wanting to just have a fun fancy dress time or are we conscious of what this celebration is about?

Are we willing to stand true to our own values and not be influenced by the media, by advertising, or by others, if they have different values from us?

As with many festivals that are celebrated in the southern hemisphere, no regard is given to the fact that here it is actually spring not autumn, it is not a time of pumpkins and harvest. So if you were going to carve out a lantern, rather than a pumpkin you may want to consider using something that would more truly represent our seasons such as a watermelon.

Regardless of whether you celebrate Halloween or not, or the views you may have about it, I would like us take a journey to investigate the history of Halloween and some of Rudolf Steiner’s insights that may be of value.

The word Halloween is derived from the words hallowed and eve – hallowed meaning holy – it is the holy evening before All Saints Day, which occurs on the 1st of November. Halloween as it is currently celebrated with costumes, trick or treat, and superstitions, is taken from the Irish Gaelic and Druid Holiday. Halloween was called Hallow E’en in Ireland. Halloween evolved from “All Hollows” Eve, originating from the pagan holiday honouring the dead, which can also be found in many cultures around the world.

Do you celebrate Christmas eve, the evening before Christmas ( the day of the Christ’s mass ), or celebrate new years eve, the evening before the marking of the start of the new Year? The significance of these ‘eve’s’ seem easy to understand compared to the Halloween celebration on the eve before All Saints Day, with the tricks and treats, sweets, fancy dress costumes and jack-o-lanterns.

The definition of a saint – is a person acknowledged as holy or virtuous and regarded in Christian faith as being in heaven after death. In the eighth century, Pope Gregory III designated November 1 as a time to honour all saints and martyrs; the holiday, All Saints’ Day. The evening before was known as All Hallows’ Eve and later Halloween, which incorporated some of the traditions of Samhain. Samhain is a Gaelic festival marking the end of the harvest season and the beginning of winter or the “darker half” of the year. Traditionally, it is celebrated from 31 October to 1 November, as the Celtic day began and ended at sunset.

In countries such as France, Mexico, Guatemala, Portugal and Spain, offerings are made on this day. All Saints’ Day in Mexico, coincides with the first day of the Day of the Dead celebration. Known as the Day of the Innocents, which honours deceased children and infants. Children in Portugal celebrate by going door-to-door, where they receive cakes, nuts, pomegranates, sweets and candies – to promote goodness and sweetness and long life. In countries such as Austria, Bosnia and Herzegovina, Croatia, the Czech Republic, Finland, Catholic parts of Germany, Hungary, Italy, Lithuania, Macedonia, Moldova, Poland, Romania, Slovakia, Slovenia, Serbia and Sweden, the tradition is to light candles, place flowers and visit the graves and tombs of deceased relatives.

The celebration of All Saints’ Day and All Souls’ Day stems from a belief that there is a powerful spiritual bond between those in heaven and those living on the earth. It is a day, which commemorates and gives thanks for the lives and deaths of Saints including those who are known or individuals who have personally led one to find faith.

On the evening before All Saints Day, it was believed that there was an opening or thinning in the veils between the physical and spiritual worlds to allow the light of all the saints to stream towards the earth – due to this superstition it was also believed that due to the thinning of the veils between these worlds, that other spirits not of the light, could slip through and wreak havoc on unsuspecting souls, or that these malevolent spirits could get hold of any unsuspecting souls and use them for their own purposes. So the honouring of the Day of the Dead or the Hallowed eve was both to pay respect to, and to appease, the spirits of the dead. It was feared through superstition and folklore that if one failed to make an altar with offerings of food, candles, and gifts on this day, then the spirits of the dead could cause unfavourable acts and wreak havoc in ones life and that of their family.

So why would anyone dress up as ghouls and ghosts and skeletons, or carve jack-o-lanterns, on the eve of all saints day?

Dressing up as ghouls, ghosts and skeletons was believed to fool these unwanted spirits and to scare them away, letting them know they were not wanted or welcome, a practice that originated from the celebrations of the Day of the Dead.

The practice of carving and lighting a lantern was used as another warning, the face with an otherworldly appearance glowing through the lighted lantern was also believed to trick and ward off these malevolent spirits.

This custom also originated in Ireland, where rotting vegetables would emit a gas that could be lit producing a ghostly light. These lights were called Jack-o-lantern’s from an old Celtic legend about ‘Stingy Jack’ where his dealings with the devil led him to be banished from the gates of heaven, left to endlessly roam the world with a little coal that he placed inside a hollowed out turnip or vegetable. Children and adolescents would use these vegetable lanterns to trick their friends and passers by into thinking it was actually ‘Stingy Jack’ or some other forsaken lost wandering soul.

In the northern hemisphere where it was harvest time, turnips were used to carve these small lanterns, placed in the windows and doorways. Turnips became less plentiful and pumpkins became more readily available, and due to the fact they were already partly hollow, the pumpkin was substituted to create the smiling beaming face that we have come to know today as the Halloween Jack-O-Lantern. Many Irish immigrated to America, taking their Celtic and Gaelic customs, which were adopted and adapted throughout America, and subsequently in many parts of the world. Sadly even the pumpkins used today for carving Jack-o-lanterns, making soup and pumpkin scones have been especially grown and bred to be hollow and empty with no substance inside – yes easier to carve, yet what is this image that is presented to the child – that the pumpkin which is actually a food of bounty and harvest is unusable and inedible?

Rudolf Steiner suggests that there are actually times when the thinning of the veils between the physical and spiritual world does occur – and if Man is not fully conscious, then he can succumb to the lowered forces that can come through at these times, affecting his own deeds in the world. Steiner was acutely aware of what he termed the cosmic worlds, both the angelic and arch-angelic bringing goodness and light, and the Ahrimanic or Luciferian forces of darkness which are expressed as greed, wrath, and envy. Steiner’s insights bring into our consciousness the forces of light and dark, and their place and effect in the world.

When it comes to supporting and nurturing out little children, we as the parents, adults, carers and teachers have the task of being aware of the needs of the young child and the effects of what we are surrounding them with. Are the images, ideas, events, and festivals that we bring and offer appropriate to their age and stage of development? Are they designed to enhance the child’s well being and growth in body, mind and spirit, promoting beauty, truth and goodness through the values, and behavious? Or does what we offer create an inner world of fear and mistrust, and lack of well being?

In light of Steiner’s insights, what is the result that we can actually see in the World of Man when there is no conscious regard for life, for light, for good?

What do we see when Halloween is celebrated without any conscious regard to its purpose, intent or origins?

What do we see occurring in the world where only the dark, the tricks and pranks are allowed to flourish?

We see a decrease in the level of regard for good, for beauty, for kindness, for justice. We see people with increased disregard, with malicious intent, those wishing harm and hate. A seemingly innocent occasion for celebration and revelry gets out of hand becoming unmanageable; where there is destruction of property, disregard for others welfare, injury, harm, in some instances leading to death. It would seem that the very reason to celebrate the hallowed eve, which was to ward off the influence of the dark, has been ignored and replaced with the very unconsciousness that it was designed to protect Man from. It would seem that in the unconscious celebrating, the disregard of honouring the day of the dead, of the ancestors, the saints, the light, the holy – that these dark forces or influences are actually invited in.
You can read the full article by clicking this link. 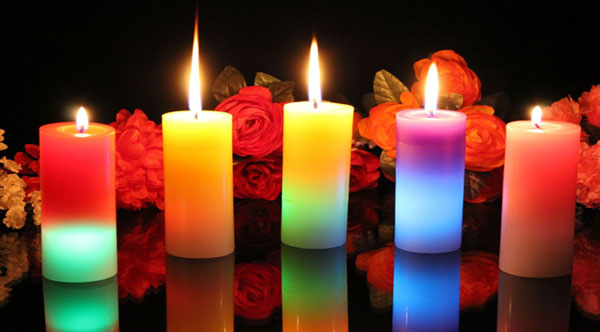 https://capebyronsteiner.nsw.edu.au/wp-content/uploads/2015/12/CBRSSwebheaderlogo.png 0 0 Yvette https://capebyronsteiner.nsw.edu.au/wp-content/uploads/2015/12/CBRSSwebheaderlogo.png Yvette2019-10-29 07:15:342019-10-29 10:20:44What is Halloween and do we want to celebrate this with our children?
Arts education helps school students learn and socialise. We must invest in... Check out Mercurius for beautiful gifts
Scroll to top