This season was their first ever. They played well all season building a strong team relationship and having lots of fun.

Monday nights’ game started out well for the Bandits with a clear lead, but after half time their opponents ‘The Black Queens’ came back in full force and by the last quarter we were tied. As nerve racking as it was, our girls managed to pull themselves together and created a clear lead once again in time for the final buzzer (24:18). Congratulation girls! I am very proud and amazed to see such camaraderie so early in their development. 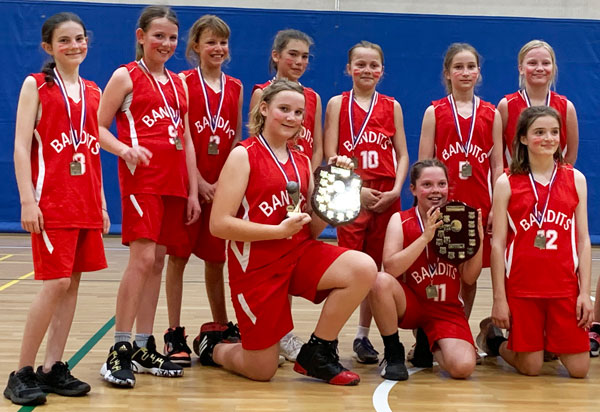