The first Waldorf School (Steiner School) was founded in September 1919.

To commemorate 100 years of Waldorf education Steiner/Waldorf schools worldwide have been participating in an international postcard exchange.
Every school was sent blank, pre-addressed postcards and they have been slowly but surely making their way around the world since April 2017.
Each postcard depicts artistic work or a story from a young person, telling or showing something about its place of origin. A display of postcards in the library has attracted the interest of many students and they have enjoyed looking at the postcards we have received and remembering the ones that they sent!
We have postcards from over 36 countries including Japan, Russia, Finland, Germany, Croatia, Italy, Greece, Thailand, the Phillipines, USA, Scotland, South Korea, Canada, Brasil, Mexico and Spain….. 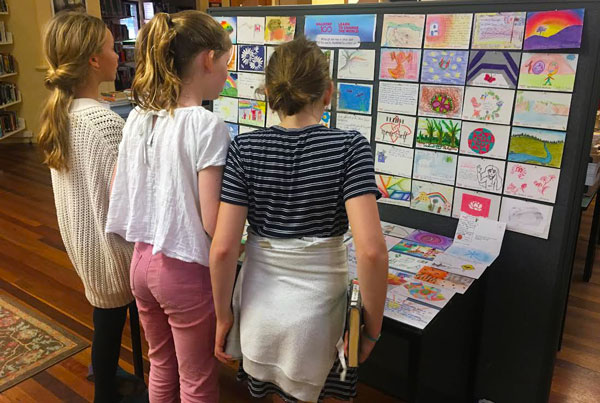 Class 4 students looking at some of the postcards which are still on display in our Library if you would like to see for yourself.

KINDERGARTEN NEWS The Right Brain Develops First ~ Why Play is the Foundation for Academic Le...
Scroll to top