In the High School, we have been working on how to counter the growing anxiety and mental health concerns that are prevalent in adolescents today. Our Main Lessons, anthroposophical approach and wellbeing programs have a positive impact on the challenges faced by teenagers today, but there is always more we can incorporate into our work.

Resilience is defined as the ability to “bounce back” from stressful or challenging experiences. It involves being able to adapt to changes and approach negative events, sources of stress and traumatic events as constructively as possible.

The High School staff are committed to working with students to build this important life skill. It is very important for students to experience ‘failure’ to learn how to bounce back. Experiencing ‘failure’ helps to build mental capacity and learn that life is a series of challenges and joys. Expecting ‘happiness’ in every life experience is not realistic nor healthy. Being ‘saved’ every time something goes wrong does not assist in building strong capacity to cope with future obstacles. There is a growing picture of anxiety and mental health challenges in young people and we need to be responsive to this and address this in our daily work.

I attended a Mental Health in Schools conference a year or so ago and I shared some of the important points from a lecture I attended in a presentation to the HS students at a recent assembly. The speech was written by Peter Ellingson and some of the points below were thought provoking.

“All success is due to failure, and all advances in knowledge come about as a result of failed attempts. This is the reality of achievement. It is a truth that, once grasped, frees us to experiment and innovate –to discover, rather than vegetate or imitate.

Success, after all, is nothing if not the ability to tolerate failure.

Although we can learn to fail without learning from it, when we do pay attention to it, we enter new thinking and risk-taking. Failure is how we learn – the natural consequence of the risk and complexity – which not only characterises life – but, when embraced, makes it exhilarating. It is when things fail that minds get to work to devise better solutions.

US celebrity talk show host, Oprah Winfrey, who ran one of the highest-ranking TV shows ever and is the richest self-made woman and the only black female billionaire, was fired from her first job. Her boss told her that she was too emotional and not right for television.

Similarly, Walt Disney, whose Disney studios pioneered animation and inventive film-making, was fired by a newspaper editor because he lacked imagination. Microsoft founder, Bill Gates, did not become the world’s richest man, overnight – he was a university drop out, whose first business failed. The man whose name implies genius, Albert Einstein, was a “failed” child. He did not speak until he was four, did not read until he was seven, was expelled from school and refused admittance to his local university. He went on to win the Nobel Prize and change, not just physics, but how we understand who we are. The same is true of Sir Isaac Newton, the man who discovered gravity, and Charles Darwin, who before he stumbled on to Natural Selection, gave up on his medical career. The man who literally had a light bulb moment, when he invented the light bulb, Thomas Edison, was another who did poorly in early life, along with US President Abraham Lincoln, TV’s most successful comic, Jerry Seinfeld, French artist, Vincent Van Gogh – who only sold one painting in his lifetime – and Elvis Presley, who was fired after one performance. According to the promoter, the future king of rock n’ roll was a failure who needed to go back to driving a truck.

Failure then, is productive, not because good guys come last, but because good outcomes arise from bad ones. Although we can learn to fail without learning from it, when we do pay attention to it, we enter new thinking and risk-taking. Failure is how we learn – the natural consequence of the risk and complexity – which not only characterises life – but, when embraced, makes it exhilarating.”

Some of the examples of where we see a lack of resilience in the HS are:

Some things we do to support students in the HS that assist in building resilience (these are a few examples) :

We are always working on ways to encourage students to take risks in a safe environment and to learn from things that feel hard. We ask for your support in cementing what we bring at home and are always happy to receive feedback about what we do. Conversations around the dinner table that perhaps talk about how you as adults have learnt from mistakes is a great start! 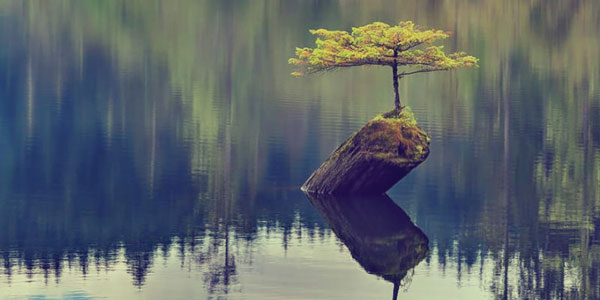