Bulletin
You are here: Home1 / Bulletin2 / Bulletin3 / Articles of Interest4 / A Parent’s Guide to Teens, Social Media and Smartphone Addiction 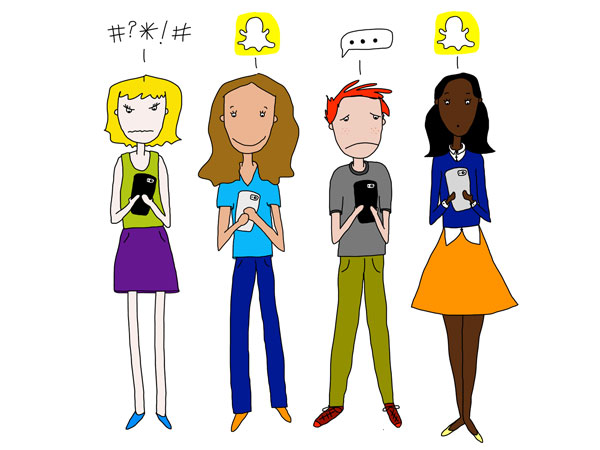 What Happens When You Take a Teen’s Phone Away for 7 Days?

Withdrawal symptoms similar to a drug addict. Panic attacks, anxiety, anger, crying, tantrums, screaming, rolling eyes, pissed off body language, lies, pouts, disbelief. Parents of teens have it rough these days thanks to a new cocktail: smartphones laced with social media apps. The mix is so potent it can take over your teen’s life and so dangerous it can literally open the door to stalkers.

Zombie Teens. The New Normal?
There is a teen epidemic happening right in front of us, and it’s called smartphone addiction. If you are wondering why your teenager is always taking selfies, it’s called Snapchat, or better named Crackchat. Why?

Teen brain hacking
Apps like Snapchat are actually designed to be addicting. It’s called brain hacking, and developers are hired to study the brain and the neurological triggers that keep us coming back for more. According to a former Google product manager, Silicon Valley is engineering your phone, apps and social media to get you hooked. It’s all about the Likes.

The problem for parents today is that the apps sprout up so fast it’s hard to keep up with new ones as quickly as they are available for download. Most apps do not come with any age limits, warning labels or ratings that parents can easily screen.

Dear Parents: Have you checked the children?

If you have a teenager you might need to do a check up, there is a social media crisis happening right in front of your screens.

My daughter just turned 15, and I’ve watched the social media highs and lows influencing her circle of friends the past few years. As a social media expert for businesses and the instructor of the social media management class at the University of Florida, I thought I was more social media savvy than most parents. In my mind, I could easily maneuver my teenager through the dangerous minefields of social media. Little did I know I was in parenting La La Land.

The Right Brain Develops First ~ Why Play is the Foundation for Academic Le... Check out Mercurius for beautiful gifts
Scroll to top